Who was Jon Walker?

Jon Walker was one of the co-founders of the Society for Location Analysis, along with Andy Thompson and Steve Halsall, the directors of GeoBusiness Solutions. Many SLA members will have met Jon, some will have worked with him, at GeoBusiness Solutions, MapInfo, or The Wendover Group.
Jon was very well regarded by all those who came into contact with him; he also played an instrumental role in setting up the SLA. 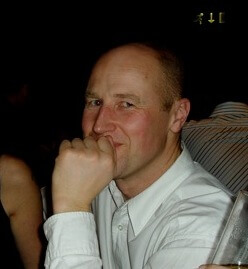 “It is with great sadness we announce that Jon Walker passed away on the evening of Monday 22nd March 2010. Jon had been fighting cancer for the last 15 months. Throughout that time he showed immense positive mental strength to all around him and this is testament to his attitude to life and his coming to terms with his condition. Jon was a founding member of the SLA when the idea was born in a conversation with Christine Reeves (Tesco) and Mark Teale (CBRE) over 6 years ago. He helped form its ideals, philosophy and was an active participant at the SLA meetings and social gatherings. Former colleagues and friends of Jon have been leaving memories of Jon at www.wendovergroup.blogspot.com.

Please visit the site and leave a message for Jon’s family. Jon is survived by his wife Corrine, his first wife Jill and their three boys William, Sam and Joe. Our thoughts are with them at this time. Missed but never forgotten.”)

Winners of the Jon Walker Award

Sarah will be presented with the official Jon Walker Award shield soon, but in the meantime, we made her a giant cupcake!

Sarah has been a member of the SLA since her time at Boots as a Customer Market and Insights Analyst, her many years at Sainsbury’s most recently Head of Investment Planning and now as Cofounder and Chief Operating Officer at Geolytix, working alongside Blair Freebairn to create a thriving and growing consultancy business that now sponsors the SLA.

Her acceptance speech was, “Oh surely I’m not old enough.”

The Student Awards, the brainchild of Luke Burns, Associate Professor in Quantitative Human Geography at University of Leeds, have gone from strength to strength and are now a firm fixture at the SLA. Students from Leeds have also successful taken home the top prizes, so this year we awarded the Jon Walker achievement award to the University of Leeds for all the good work it does, continuing to build a funnel of new skilled professionals who keep the location analysis industry young, fresh, current and growing.

Peter retired from the SLA in 2015, to be replaced by Jonathan Reynolds, our current chairman.

Peter served as the chairman of the Society for Location for 13 years.

To find out more read, Thanks to Peter Sleight, retiring chairman here.

Congratulations to Professor Martin Clarke of the University of Leeds who was awarded a Lifetime Achievement award at the SLA Forum in October.

Here he is getting his award from Andy Thompson, Head of Network Planning & Property Insight at Sainsbury’s.

Congratulations to Blair Freebairn who won the Jon Walker Award 2012

The judges felt that Blair deserved to win the Jon Walker Award 2012 for his new and innovative product, ‘mille feuille’.

Blair developed this product using open source data to create a unique offering in the market which may allow more companies the insight of a more complex geodemographic analysis tool.

Congratulations to Jack Steenstra who was awarded an lifetime achievement award for his dedication and years devoted to site location analysis research and planning. Jack retired in 2011 but continues to stay involved in the industry and still sits on the SLA committee.

Congratulations to Claire Dickinson of GMAP Consulting (Callcredit Marketing Group) who has won the first Jon Walker Award for innovation in location analysis, announced at the Future Forum in London on the 19th October 2010. Claire was the manager of the RetailVision generic gravity model; a very powerful application, much praised by Tom Whittington of Savills, who nominated it; this entry won the most points from the judges (the SLA committee, plus Andy Thompson).